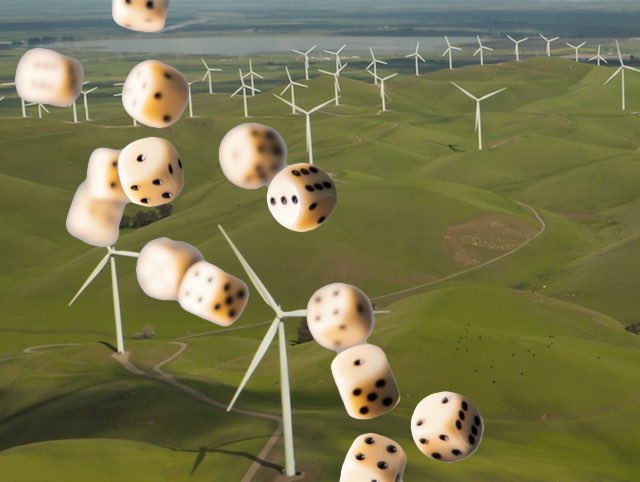 I enjoyed the seminar immensely, and was pleasantly surprised by how much knowledge we could share among each other and how enthusiastic and focussed everyone was. We had Frank Pierie from Groningen University demonstrating his We Energy game, played hundreds of times by policy makers. And we invited the Polish Games4Sustainability, who run a database full of often free games on the subject. Sustainability is indeed a very important issue, and with games we can help a transition forward. Reading the feedback, most participants felt the same: it was great fun, and you should have been there too. So next time, sign up – and be there!

It feels a bit strange to do a review on an online seminar I organised myself, so instead I’ll give you an extensive insider exclusive. This was the second session in our new proposed format, of four smaller yearly meetings. We chose sustainability as theme, because we had several requests for that, and at least two speakers who wanted to give a presentation on the subject. We decided to work online, both from a COVID- and a cost-perspective. Working through Zoom also allowed us to invite people from abroad more easily, and so we did. Carel Ketelaars assisted me on the technical side during the seminar, and that’s a good way to work – one person focussing on the interaction and content, and the other on the clock, tech and as a second pair of eyes. Thanks Carel!

For me, a seminar is about interaction, sharing new insights, and being inspired. I wanted to have a rich program, so I asked several people if they wanted to do a presentation. To my elation and dismay, all of them were happy to help. And they all were very nice and knowledgable. That was great! But now I already had too many people at the very start. I talked on Zoom or Teams with all of them, and we discussed what would be their best story to tell, and how their presentations would “add up” to what the other speakers would talk about. In the end the program became a bit fuller than I planned at first: we had four presentations, and three games to play in parallel.

The presentations were short, only about half an hour including Q&A, so that we could cover a lot of ground in just a few hours, and have a lot of variation. If one of the speakers was less your cup of tea, you would have another presentation in less than half an hour. And if you were intrigued enough by the presenter, there was enough time to have some meaningful discussion and have a taste of what was being said. That seemed to work quite well. Preparation and planning paid off.

So what did we talk about?

The kickoff presentation was by our own Professor Ivo Wenzler, a veteran in serious gaming, who told about the projects he oversees at Stenden. One of the groups there is working especially on sustainability, and tries to help solve problems and gain traction through gaming. Then he reminded us that playing a game alone is not enough. It is the transfer that counts. We need to learn and apply the lessons from the simulated reality that the game is. And that is what we always need to do for the gaming to be really effective – but tend to forget, I must admit.

Ir. Frank Pierie inspired us with a talk about his We Energy game, which lets the players try to make a real community climate neutral in various roles. The game has been played about 400 times in the past five years, and he could give some anecdotal evidence that playing the game indeed made impact. But he agreed that transfer is the issue, if only because we as the Netherlands are last in line when it comes to renewable energy. So we are just in the first stages of the energy transition. He presented a rough roadmap of where we need to go, and gave an impression of the new games he was working on for the next steps in moving people into action. He was interested in our help to scientifically prove that the games actually work – better than other means of motivating or conveying knowledge.

After a short break, we had our own Ir. Pieter van der Hijden, who already worked for the Club of Rome during the 1970’s using computer simulations. He educated us about the United Nations Sustainability Goals from 2015. These are very ambitious and diverse, including banning poverty, educating all, promoting biodiversity and of course preventing climate change. Gaming and simulation can help us in all these areas, and he urged us to pick some to focus on. He gave ample examples of games he used in these areas. He too asked us – are we here for self-expression or are we here for impact? Pieter also promoted the idea to fill a toolbox with games, and to use this toolkit in the transfer Ivo talked about. It sounds like a good plan.

Finally, we had our guests from Poland, Michalina Kulakowska and Prof. Piotr Magnuzewski, who together gave us a smooth presentation on Games4Sustainability. This is an online database by their Centre for Systems Solutions, which brings together many games which can be used in education about sustainability. Many are made by themselves, and many are free to use if non-commercial. They asked us to join and bring our games to their platform too. In addition, they also told about the Polish situation, which was somewhat shocking in itself. Policy makers there give so much precedence to economic factors, that the pollution heat map of Europe is completely red in Poland. And practically green everywhere else. Wroclaw, where G4S is, currently has more smog alerts than China. So because it is so hard to reach the policy makers, G4S tries a different strategy for now. They target the next generation, by educating the youth. Hopefully that will not be too late.

Did we play games?

Yes we did! Part of the new formula is that we play at least one serious game, even if it’s a shortened version. We had three games in the line-up, and an hour to play in parallel sessions in breakout rooms. Frank Pierie demonstrated his We Energy game, which was great fun, and led to various insights in no time. It is both simple, and well backed by real figures. In the game we made it difficult for ourselves, trying to make the town of Zutphen climate neutral energy-wise. We only succeeded by cooperating in our roles, and putting windmills and biowaste energy stations in every industrial area. Then Frank told us we only had taken care of our electricity needs: if we wanted electrical cars to run and heat our houses, we needed to triple our effort. Insightful!

Our Polish friends brought New Shores, where the players populated a new island and could use its resources to build a wealthy new society. Soon the players discovered that they could cause climate disasters by using up the resources, and that they had to work together to avoid these. In the end of the game, one of the players secretly had gotten very rich by stealing from the others and following a selfish course of action. Who? Facilitator Michalina of course…

And the third game was Ciska Harte’s The President’s Speech, which was not written particularly with sustainability in mind, but can be used to help find out who should be leaders in any transition. In this case our own Carel managed to win and be chosen as new president, so it’s good we have him in our board!

And how about the networking?

Ah yes, the networking. From the survey we found that networking is a main reason to be a member. So what did we do? We invited others from outside to join, both speakers and other attendees, to learn something new and meet new people. We took care of drinks and snacks for our members – by mail. We had a warm-up at the start. And we used the online platform Wonder at the end, to let people choose their own small, informal discussion groups like you would have in real life. Wonder was at the same time a success and less so. It worked wonderfully (pun intended), but only for those who could actually log on. We lost three of our speakers in switching platforms, as they somehow could not squeeze more out of their browser page than a white screen. We still try to find out what happened. For the others the informal meet at the end was quite good.

What would we do different?

Many things went well, and most of us had a great time. Not all presentations were liked by all people, but every presentation had a number of fans, so all speakers found a target audience. All the games were a success, and the network and drinks were enjoyed by those who managed to log on to the other platform. So what would we change? For one, we would like to record the meeting. We planned to do so, but plainly forgot. In the end I did record the Games4Sustainability presentation, but I still have to make sure we conform to the GDPR before we make it available publicly.

Second, it might be a good idea to fully go for the English language in such an online meet, as we could have more international guests. In the same way we could try to reach more people to attend – and perhaps gain new members. Broader communication on social media might work – so next time help us share, and invite interested people to have a look.

Fourth, as seems to be normal, we had a third dropout registrants. We had about twenty-five attendees who actually came, out of almost forty who registered. It would be interesting to see if we can raise these numbers a bit. So spread the word about how much fun we had!

Fifth, the program was a tad full, so I’d probably opt for one less speaker and one more break, or more room for discussion in subgroups.

All in all though, I was quite happy with the result. And so were most I think. I saw many happy faces, and had a few good personal talks until well after our ending time.