Young game designers have talent, and good game design is not easy. These are two lessons I learned from this year’s fun and tension packed SAGANET Awards. With five finalist contestants, each with their own unpublished serious game, the event was quite full, and that was good.
We kicked off with a keynote of Natalia Wojtowicz, a popular teacher with her students at the Hague University of Applied Sciences, and before a game specialist at NATO. Games are an essential part of her life, and she had not played any in the month before. So the award games were very welcome! We dispersed, and played. The contestants were all eager to learn, and everyone with experience happily shared their feedback, tips and pointers after a few rounds of play. 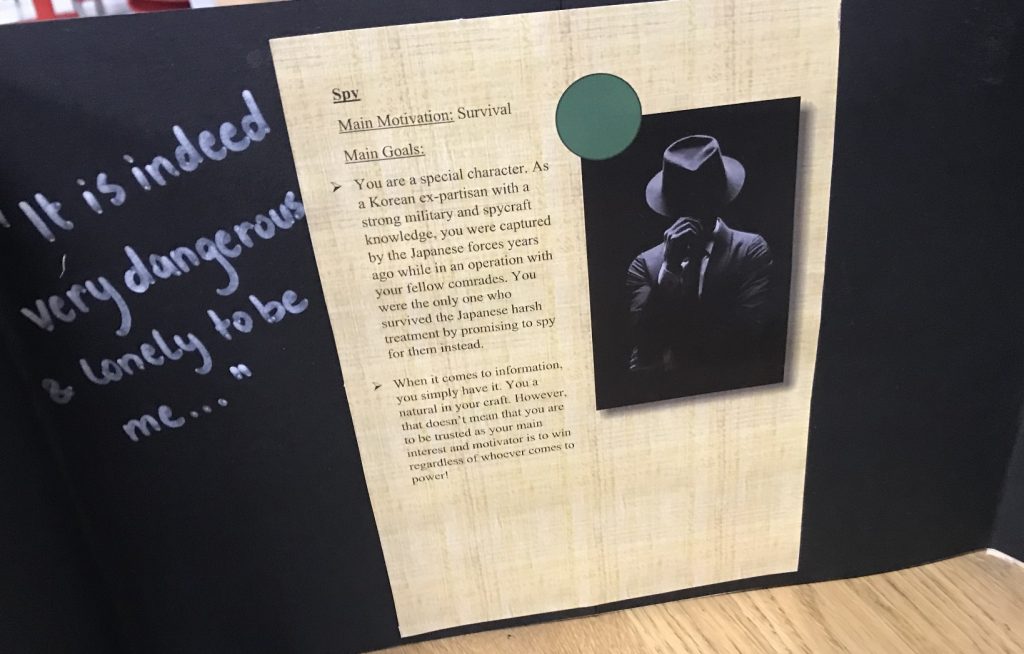 Seoul 1935, by Erji Papaj: a game about subterfuge and secret services during the Japanese occupation. I joined this one myself, and experienced instant paranoia as an assassin in the field. That was really good. As players we did not know who was who, or what others could or would do, or what alliances would be possible. Ultimate fog of war. However, the game also proved to be very heavy on the facilitator, and with perhaps too many options to oversee. Promising, both for the set-up and because of the underexposed history of that period and place, but at the same time a work much in progress. 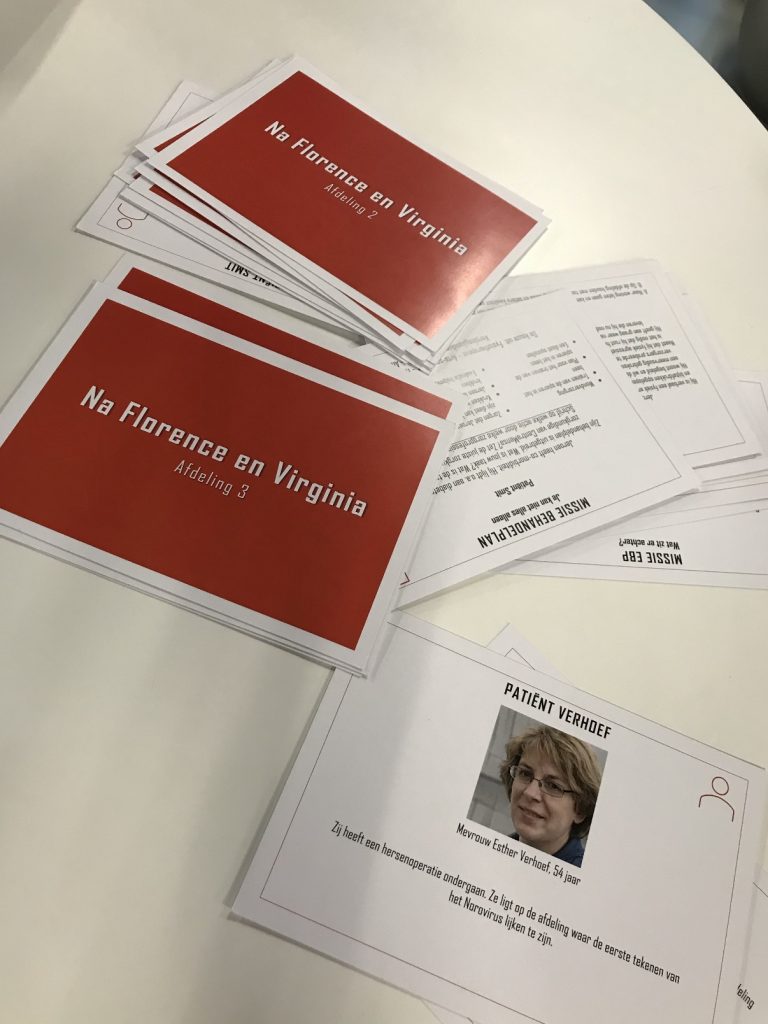 Na Florence en Virginia, by Marjet Kerkstra is a game to learn what it feels like to be a head nurse. With a mishmash of timed puzzles and seemingly unimportant patient information, the game appears to give a surprisingly good simulation of the experience of working in a hospital. Marjet, the designer, facilitated with lots of positive energy. This made the game more fun, but also a bit harder to judge – would the game run just as well with someone else at the wheel? Still, impressive, well researched and very marketable. 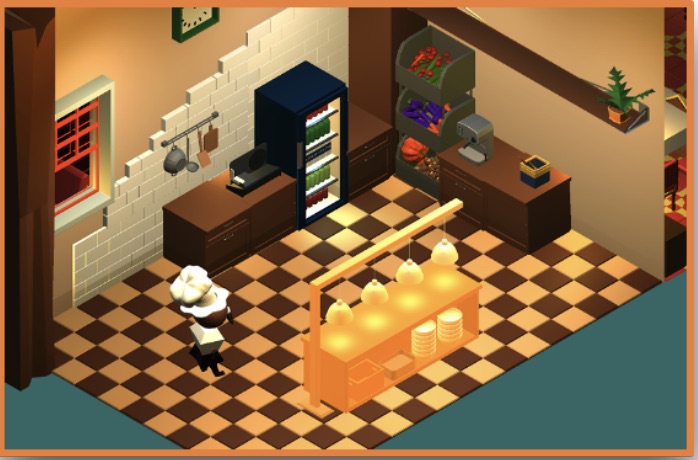 Click & Cook by a team of Denis Fedorkovs, Teodora Chirila, Elkan Valkenburg and Mattes Fischer, was the only computer game present. It was specifically designed for someone who suffered a cerebral palsy, who wanted to play games, but could only wiggle his head left and right. So, the design team made a wonderful game about cooking using only two buttons. Or one actually, used to choose actions from a continuously spinning carousel of options. The second button is just to go back to the main menu. It works pretty well, and rightfully asks attention for a much neglected class of game players. 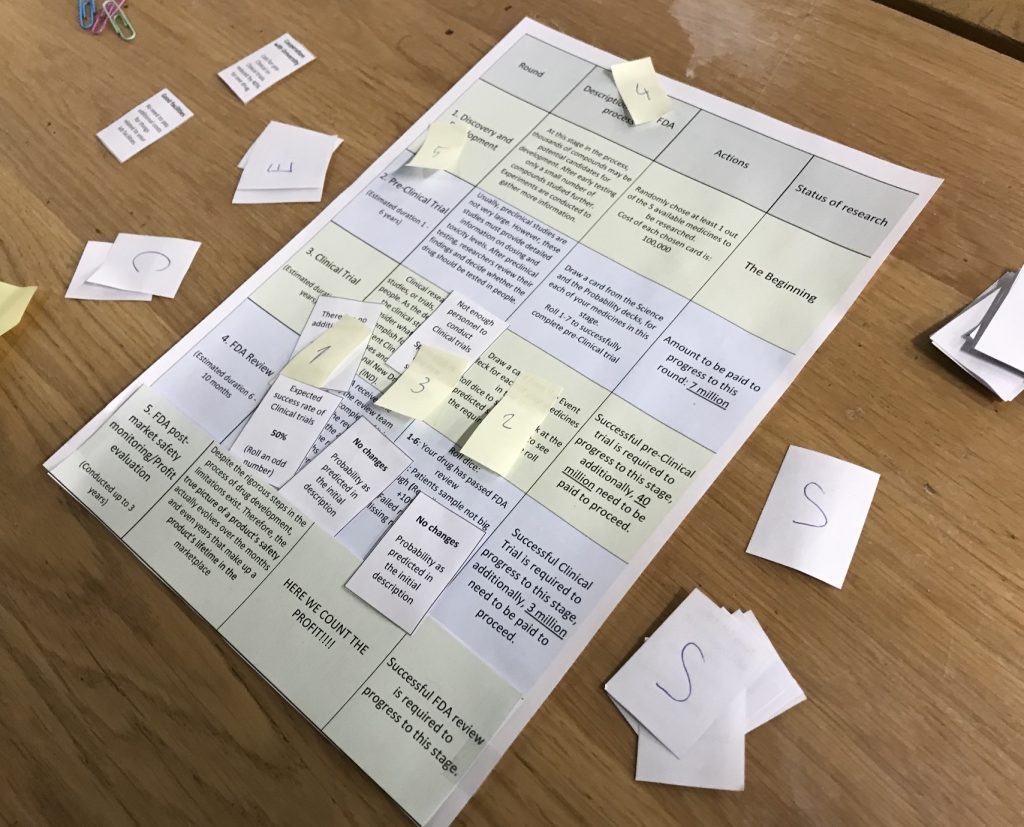 Drug R&D, Developing Downfall was perhaps the least developed of the games, but it had a very intriguing subject: what factors are at play when pharmaceutical companies develop a medicine and try to bring it to market? Only very few people realize how much money goes into developing a new medicine, and how few prospects make the final rounds. The research behind the game felt solid, and the subject is excellent, but work needed to be done to make it more of a game and less of a dry simulation. 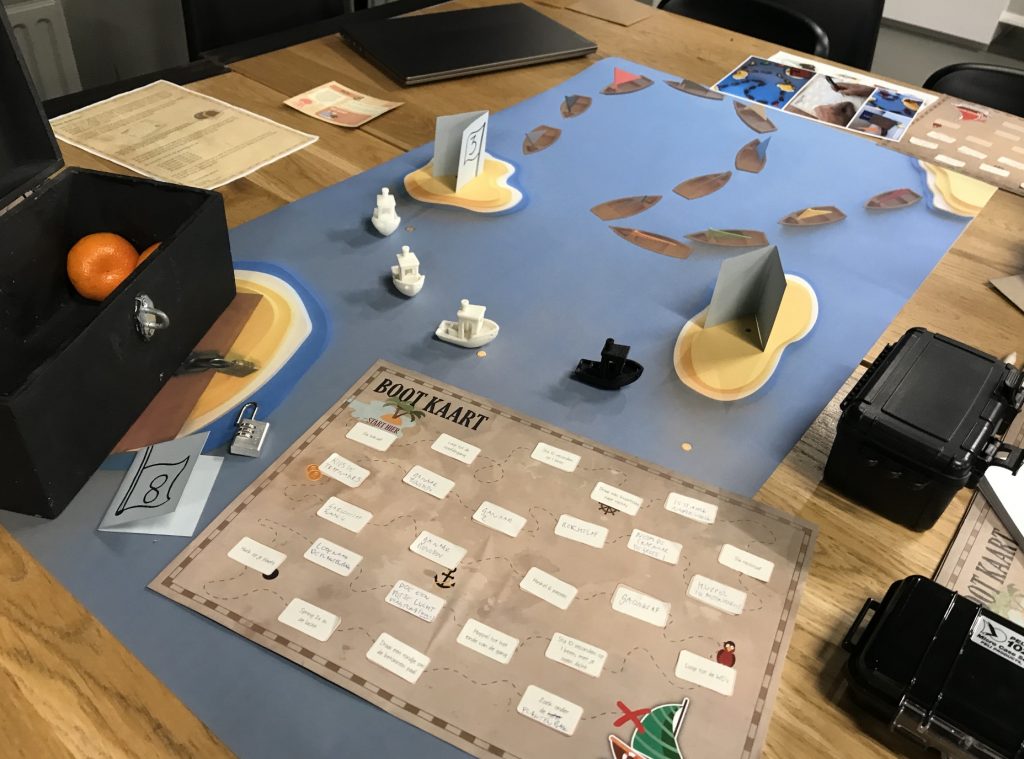 Zeevaarders in Beweging is designed for people of low social economic status, to teach them about physical exercise and healthy habits. It is played in groups, during the course of weeks, in between work and breaks, and is really simple to step into. During the game, healthy habits are worked into the challenges. And when puzzles are solved, the players receive small rewards that subtly make them think again about how they could improve their habits. Another smart and finished game for very good purpose.

Then we were torn away from our games by the referee and his evil clock. So we all voted for the audience award on notes, and the jury convened to choose their winner too. Meanwhile, Marcel Köhler stepped up on the stage. Rightfully, this second keynote speaker asked for a moment to think about the people in the Ukraine. Not only because his partner comes from there, but also because in these bizarre and anxious times, games can be a way to be together, release tension and know you are not alone. After that, Marcel told us about his experiences with his successful kickstarter campaign for Orange Shall Overcome, a cooperative game about the resistance in the Netherlands during World War II.

A few takeaways were: 1. artwork and a finished game sells, so you have to invest in that before you run the kickstarter, and that costs time and money. 2. therefor, it can be a good idea to do a smaller kickstarter to pay for that artwork first, and do your international kickstarter once you have that done. Is it a way to make money? Possibly. But first it is more a labour of love, for bringing a game to market and doing a successful campaign takes years, Köhler said. 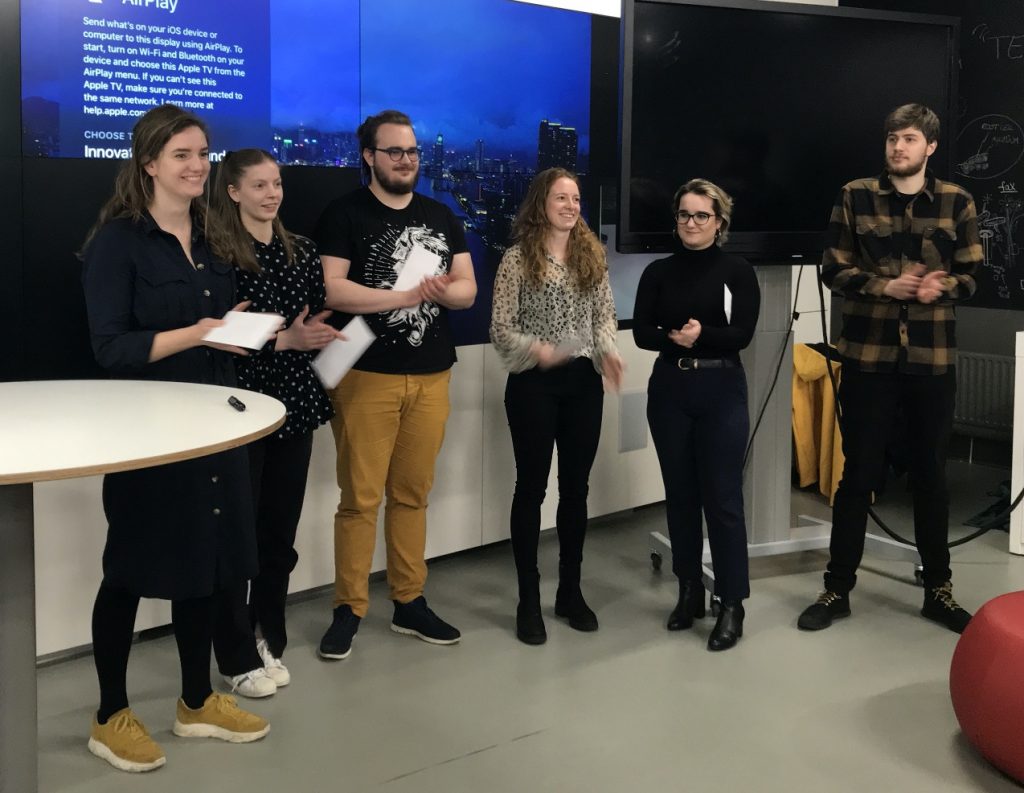 And the Winner is…

So who won? We could hardly wait for the word. First, the audience award, given by popular vote of all. With a narrow margin: Seoul 1935, about spies and assassins in pre-war Korea!
Then Ivo expressed how the jury had considered many things about the games. Many good things. Many things that maybe needed work. In the end, the jury had had a hard decision to make, and choose between two very good games. They even considered giving two prizes, so pressing was the dilemma. But the final winner became Zeevaarders in Beweging, by Suzanne Moens!

We wish all the contestants the best with developing their games further, or even already marketing them for some. The jury was impressed, and so I think were most of us.

After the Awards, we had drinks with everyone, made connections and exchanged experiences. Most of us were very happy to be out again after the lockdowns.
Also: games are great ice breakers, one of my fellow gamers remarked. And of course he is right. After playing a few rounds of games everyone has loosened up and it’s much more fun to talk about gaming, gaming theory, power politics, housing market and whatever comes to mind. And this works for game designers too. We are all people, after all.

Do you want to be part of next year’s awards? Send an email to award @SAGANET.nl